Before you can believe, you need to hear it first. Hear what? The gospel (or good news)!

First, the bad news. We have all sinned and each one of us deserve destruction in eternal hellfire. God would be justified in this as He is a righteous God.

Now the good news. God, in His amazing grace and mercy, sent Jesus Christ (who is the LORD and also the only begotten son of the the most high) to Earth. Jesus, the son of God, lived as one of us. Although He lived as one of us, He did not sin like we all do. He came into the world and was killed on a cross; His blood was shed as an atoning sacrifice for our sins.

We are guilty of sin, but Jesus paid the price for our transgressions. Even though He is innocent, it is us that have walked free. The fearful wrath of the almighty God fell upon His own son, Jesus Christ - yet it is us, the guilty ones, who reap the benefits of His righteousness.

If only our finite minds could comprehend and understand the significance of this. What a sacrifice and what love! Yet, that is not the end of the story.

After 3 days, Jesus rose from the grave. Death could not hold Him and Jesus lived once again. He appeared to many people, including many of His disciples. He then ascended to heaven where He was glorified by the Father. All authority in heaven and earth were given to Him and He now reigns as our High Priest.

To those who repent of their sins and come to Him, He will forgive their sins. He will also give them His holy spirit to transform their hearts and remain in them. For those who receive and endure until the end, they will be resurrected at His 2nd coming where they will be received by Him and be with Him in His kingdom for all eternity.

This good news is only good if we accept Jesus as our own personal saviour. If we don’t, then there is no good news for us. For those who deny Jesus and don’t receive His promised holy spirit, these people will also be resurrected but at a later time. They will face an almighty and fearful God - without a saviour. They will be judged and then their souls will be thrown into hell.

In order to meet the Lord, you must first believe that He exists.

That sounds like it should be true, but it isn’t. There are many testimonies from people who refused to believe in God (the Father) or His son Jesus… yet Jesus suddenly appeared to them! For most of us, that just won’t happen.

Unfortunately, I can’t conjure Jesus up and show Him to you (although I’m sure even that won’t convince some people).

Many people want to see proof, but what proof is there? Proof is all around us, but many would just not accept that type of proof. That is…

No - people want cold, hard, undisputable and worldly facts! They want to KNOW that God exists for themselves.

At least these people want proof. Many do not. Imagine a court case where the defendant was found guilty or innocent without the jury being presented with a shred of evidence. It sounds ridiculous, but that is exactly what many people do when they make their minds up on whether God is real or not. They make a judgement based on nothing more than a gut feeling. Or worse, some believe that they are already perfectly informed of the facts or there is just no need to know because it is so obvious that there is no such thing as God. Why waste any time entertaining such thoughts?

What is written here is not for those people. The below is for those who have a mind that wants to know what these facts are and come to a conclusion based on evidence.

For example, consider the earth… 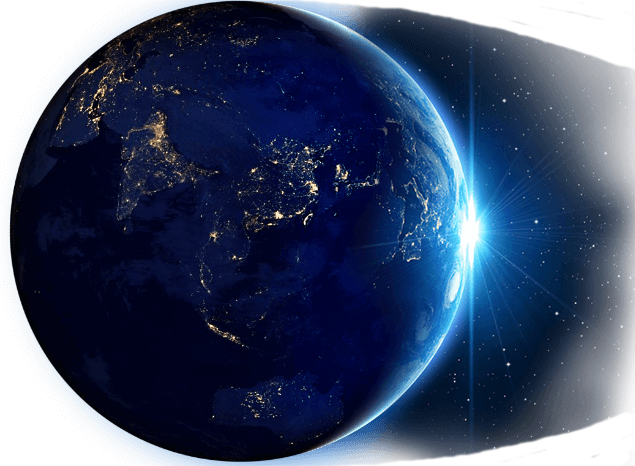 It is the only habitable planet that we know of. Yes, there have been discoveries of new planets very far away that have been described as "earth-like", but even these planets have massive temperature variations and a whole lot of other stuff going on that we would need a serious amount of technology and assistance just to survive there. The earth is unique in how life can thrive upon it without the need for special equipment and imported resources.

Now some may well agree that the earth is unique, but that in itself is not proof of an almighty creator. We could be just lucky! We could argue the unknown limits of the universe make it a certainty that this was bound to happen somewhere eventually!

This logic seems reasonable. We can’t prove the uniqueness of earth based solely on the things that make it possible for us to exist here (as we ourselves are the very product of those things). The Earth, while undoubtedly special, can’t be proven to be unique as we have not explored every corner of the universe.

At the very least, and based on what we know, we can say the Earth is very, very special because it can support life. However, what if there were other unexplainable phenomenon or properties that the Earth has that do not exist on any other planet that we know. What if these properties have absolutely nothing to do with the formation and support of intelligent life? If life on Earth is a fluke, how much more of a fluke that these extra special things also happen to be on the very same planet that hosts intelligent life and not on any other?

The moon that orbits Earth is 400 times smaller than the sun.

Because the difference between the size of the moon and sun is of the same magnitude as the difference in distance between each one from the Earth, this results in something very special that happens only on Earth. There is no other planet that we know of where you can get a perfect total solar eclipse.

Viewing a total solar eclipse from Earth enables the viewer to see the whole of the sun covered by the moon with just the corona showing at the moment of totality.

If the moon or sun was any bigger or small, or if either were closer or further away, then this just would not be possible.

Other planets have eclipses, but despite all the other moons around all the other planets, none have the perfect fit that our planet does with our moon and our star. In itself, it is quite a fluke, yet it has nothing to do with the formation of life on a planet. So how much more of a fluke is the Earth when you consider it has both this AND intelligent life.

Below is a link to a page on the official NASA web site which confirms both the 400 times size difference and 400 distance factor described above.

Some will still say this is a coincidence. To those people, at what point do they stop becoming coincidences and start becoming intentionally designed to be that way?

When you come to make your mind up about if God exists, or if Jesus is real, then it may help to see some other amazing pieces of evidence below that much of the world doesn’t even know exists.

To paraphrase Jesus in John 1:50; do you now believe because I showed you these things? You will see greater things than these! But first, you must repent.