I see a building. It appears to be a church. I see a group of people. The people are the congregation of the church.

They are led by a man who is dressed as a minister (or possibly a priest). Although he looks like a man of God, I seem to know that he is not.

As the congregation passes by me, I try to persuade its members not to enter the church, but instead go to a different church, one that I know is good, and whose teachings are true.

An elderly man and woman pass me by to enter the church. I talk to them and try to convince them they are being deceived. They won’t listen. The elderly woman is more vocal than the man. She tells me I’m the one who is deceived, and I should be going to this church too rather than trying to stop her from going.

The congregation starts to enter the church.

I then have a vision within the dream. 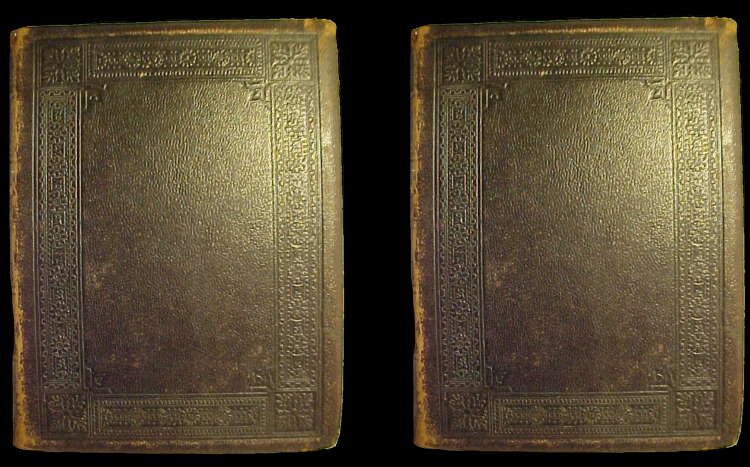 Although I did not look inside either book, I know the words within each book are very similar, but they are not the same. One book leads to life and the other contains lies and leads to death and destruction.

The one that leads to death is an imitation of the first book which leads to life. However, its words have been corrupted.

I’m upset and angry at the imitation book and how difficult it is to distinguish from the first. Most people would not see or understand the subtle differences between them.

I see the old lady leaving the church. She is coming over to me and is distressed. She is crying and pleading for my help. There is nothing wrong with her physically, but like the rest of the congregation, she has also been spiritually marked.

She is repentant and now knows that she has been deceived. I direct her to the good church, but I am deeply troubled as I believe it is too late.

In my dream, I do not remember caring much for the congregation, as they do not seem to care about their situation. However, I am deeply disturbed by the old lady’s predicament as she makes her way from me. There is nothing that can be done for her and I begin to cry.

My understanding of the 2 books are they are different books. One was the Bible, and the other one was another book or a copy of the Bible with subtle changes in the words. Are we going to have a new version or interpretation of the bible?

The people that go into the church come out spiritually marked. They are not worshipping the one true God. They have gone into apostasy and are worshipping a counterfeit (the beast of revelation?). Further prayer and study is required to discern the complete meaning but this supports the view that the mark of the beast is not a microchip or other physical mark (such as a tattoo on the head or hand). It is a spiritual mark and one that is not discerned by the human eye or looking upon a person’s skin. It is received by worshipping the beast.

I’m convinced that the beast will be from within the Christian church (just like Judas was among the church, even within the 12 disciples). They will appear good and Christlike, but will be actually be anti-Christ.

The bible says to ask for the old ways (or ancient paths).

Jeremiah 6:16
Stand at the crossroads and look; ask for the ancient paths, ask where the good way is, and walk in it, and you will find rest for your souls.

Be wary of new words, new doctrines, new bibles and new teachings. No doubt they will seem appealing, but they will eventually, with all subtlety, lead you away from Christ. Test everything by the word of God. If it fails even a single test, discard it.